From Small Beginnings to Big Things 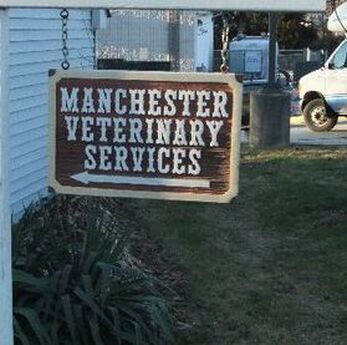 In 1981, Dr. Tim Sorrells opened Manchester Veterinary Services just outside of town. He had one employee other than himself and worked on both large and small animals. By 1983, he had outgrown his original facilities, so he moved into town and set up the clinic in the basement of his new home in downtown Manchester.

The clinic started to grow at its new location, adding clients and employees at a steady pace. By 1995, the clinic was a bustling mixed animal practice with six employees. Dr. Sorrells decided to move his family to a new home outside of town to allow Manchester Vet Services to expand to the entire building.
By 1998, the small animal aspect of the clinic had expanded to where it required the clinic's full attention. They decided to discontinue the large animal ambulatory service and add Dr. Jan Wimer as a part-time associate veterinarian to help with the increasing small animal workload.  Six years later in 2004, Dr. Julie Baker was hired, bringing the total to three veterinarians working alongside 12 receptionists and technicians.
​Dr. Baker and her husband Dr. Jeff Callahan took over the clinic in the spring of 2008 and have piloted it ever since.  In 2010, they began a more-than 10 year process of equipment and facility improvements, which culminated in September 2020 with the opening of a brand new facility just 3 minutes north of the clinic's former site.  The new facility allowed for new services and a level of patient and client care not possible at the previous location.  Also possible at the new, larger space was the addition of the clinic's fourth veterinarian Dr. Kelsey Smith, who, along with her support staff, were a perfect fit.
​
Our primary goal has been and always will be to continue the high level of care and client satisfaction the practice has been known for.